Music aficionados planning to visit Rajasthan, India in February are in for a special treat. The World Sufi Spirit Festival will be held in the cities of Nagaur and Jodhpur in Rajasthan during this period. So, block your calendars if you are a fan of Sufi Music. 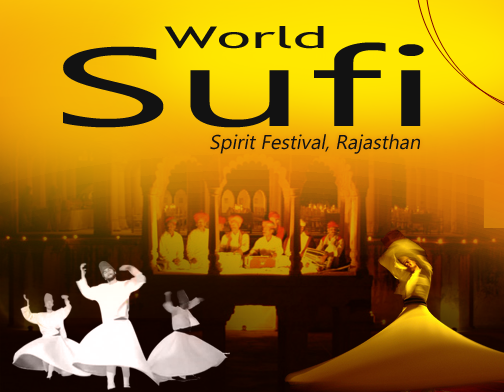 There are several genres of music and each boasts its own significant character. Some lure you to hit the dance floor, whereas some are worth rock-style head-banging. Then there is Sufi Music, a genre which makes your eyelids drop, tickles your heart and allows you to connect with your inner soul. Many travellers longing for such captivating moments have already booked packages to be a part of the World Sufi Spirit Festival taking place in Rajasthan, the culturally rich state of India. The cities of Jodhpur and Nagaur are hosting this world class event in February 2015. A fusion of melodies created by artists from India and overseas will enthral the audience.

Both cities i.e., Nagaur and Jodhpur will host a two-day fest each. At Nagaur, the Sufi spirit will unleash its charm from 09th to 11th February, whereas Jodhpur is hosting the event from 13th to 15th February. This will be a great time for love birds to be in Rajasthan. After all, enjoying such special romantic moments amidst the intermingling of various soothing melodies on Valentine’s Day is a heart warming experience indeed.

A Little about the Hosting Cities and Venues

Nagaur: This city is famous for its glorious history and colourful mythological legends that are associated with it. The Ahhichatragarh Fort here is a major highlight. This is not merely a fort and is rather like a heritage hotel reputed for its gratifying hospitality. The hotel is also famed for invigorating views of the city. This fort will serve as the venue of the World Sufi Spirit Festival 2015.

Jodhpur: Also known as the Blue City, Jodhpur is peppered with an incredible range of architectural structures boasting the chivalrous valour of India. Travellers buying packages to enjoy holidays in Jodhpur can ill afford to miss out on visiting Mehrangarh Fort, which is also the venue of the Sufi event. Main Highlights of Mehrangarh Fort include Moti Mahal, Chokhelao Garden and Daulat Khana Chowk.

The Sufi Spirit Festival offers a podium to numerous international artists to play soulful music and satiate the cravings of one’s soul. Moreover, you can also enjoy the performances of most notable artists from India. And jugalbandis created by two artists or bands of different genres often freeze the time in memory. If you have not booked packages for this musical and cultural fiesta as yet, try your luck with the last minute deals for holidays in Rajasthan. A couple of popular artists who would be participating are Druk Yul Trio from Bhutan and Cherifa from the Middle-Atlas.